WSDot has always been out in front with cool and useful things. And data. And such.

This evening I found http://srview.wsdot.wa.gov/srweb/srweb.htm. Sort of a poor man’s Google Street view. Except, in one way, it was superior to GSV: Driving.

So, I made it easier to drive. Now, if only this sort of thing were available worldwide. 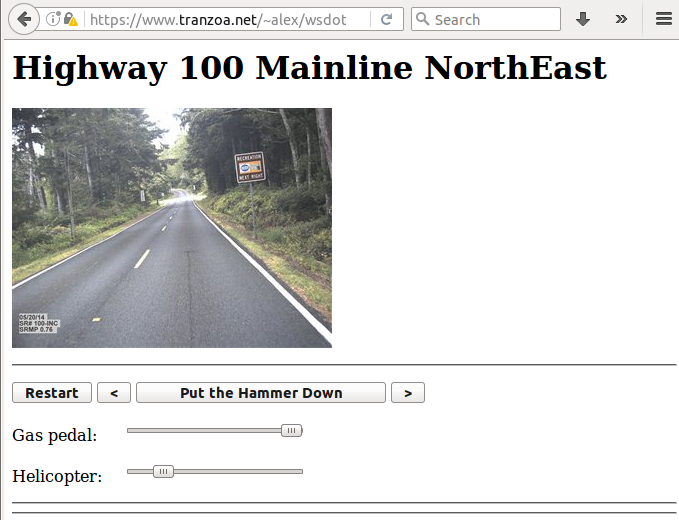